Artificial Intelligence: The Future of all Tech

Artificial intelligence the most significant revolutionary element of the upcoming digital era.

“There is no reason and no way that a human mind can keep up with an artificial intelligence machine by 2035.” -Gray Scott 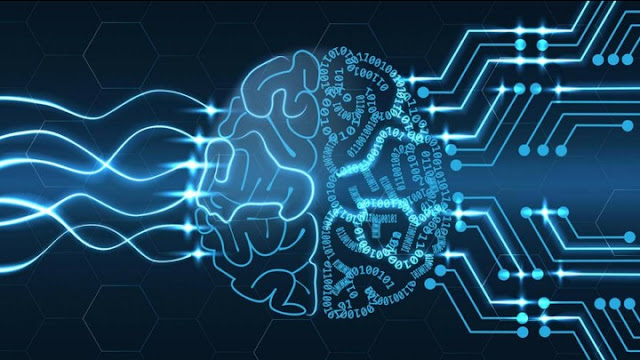 Artificial intelligence the most significant revolutionary element of the upcoming digital era. You must have been familiar with companies like Apple, Amazon, Twitter, Tesla, Instagram, etc.

What is ment by AI and how it is developed?

We all have seen the Terminator series so like in the movie machines come to life that’s what A.I. is concerned with. Some believe the earliest concept of A.I. can be traced back to Ancient Greece. More recently in 1950, Alan Turing a British mathematician gave one of the first complete visions of A.I. Turing also developed a test to determine whether a computer has achieved intelligence.

In the test, the computer has to deceive the interrogator to be a human-based on the question asked by the interrogator. The starting phase of AI was in 1956 when Dramouth Workshop brought together top minds on automata theory, neural nets, and the study of intelligence. But despite very fast progress in the 1950s the AI research collapsed in 1966-1973, the research was very slow due to unrealistic predictions, lack of scalability in the system, and many more.

AI started to become an industry after the 1980s with the fifth generation of a project in Japan in 1981, the response of America to AI. The era of the 1980s put an end to the winter of AI that started in 1966. The final step that AI took it became a science in 1987, it was used in speech recognition, in neural networks, in uncertain reasoning.

How AI is useful:

So know you have a basic idea on how AI was developed so know lets see how AI is useful and why is it such a big deal. So in modern world there is a very little chance that you haven’t heard of the online retailer Amazon.

Amazon actually ships product to you even before you buy it, yeah that is indeed correct amazon use AI with the previous purchases and what a person search to as an input to get an idea of what the person might buy in future which they ships to your nearest Amazon warehouse. Also Amazon use AI in a infamous spy of the government Alexa.

Everybody has heard of Tesla one the best electric vehicle making companies in the world. One of Tesla’s biggest selling point is the fact that their vehicles can use autopilot, as crazy as it might sound tesla uses AI to make their vehicles drive themselves on road. Sometimes even humans can’t drive on roads with such chaos but an AI based technology can, fascinating isn’t it.

Who doesn’t like to do Netflix and chill do you know Netflix also uses AI to present you with content similar to the one you browse. Uber, Pandora, Apple, Google the majority of tech based companies use AI for better user experience.

Even in manual labour based industry you could see AI based machines taking over. In less that a century of its development AI has become such an integral part of our lifestyle one can only imagine what the future holds.

As we know whatever has benefitted the humans always had some grave impacts for instance factories and industries really helped humans to live a more comfortable life but destroyed our environment. Almost everything humans developed came with a catch like internet it can be boon or bane. Similar is the case for Artificial Intelligence.

We have seen how easier AI makes life of humans but there are certain problems that comes with it one of the problems being that AI will result in millions unemployed. The reason is simple AI based machines are more precise than humans and are more efficient and are cost effective also. Apart from unemployment the one of the biggest danger that AI poses is that we humans don’t know its complete potential.

We have only scratched the surface and its scary to imagine what it might be capable of with everything from cars to nuclear bombs becoming tech based. The possibility of things ending like Terminator is certainly possible or maybe AI will be the biggest win for humans and will help humans to gather the knowledge that could never have been possible.